A protest movement against new labor legislation proposed by the government has started in France. If it passes, the El Khomri law will make the already precarious situation of all workers, with and without papers, worse.
The current situation of workers in France
In France too, the situation of working people is difficult. There is a lot of unemployment, precarious contracts (people work part-time, or interim, are hired by the week or the day, without any certainty that they will be hired again). It is hard to find housing, to pay the bills, to get good medical care, to feed oneself… The situation is even harder for migrant workers, with or without papers.

There is labor legislation that protects employees, but also undeclared workers (such as undocumented people, even if it is more complicated for them). This legislation is the result of sucessful workers’ struggles since the 19th century. Those rights that the government and the bosses have conceded to workers have been hard won by force, through at times very long strikes, through occupations and demonstrations…

Labor law sets minimum working conditions: an employer cannot lay off workers at will, working hours, wages, breaks and night work are regulated, child labor is prohibited, workers’ health and safety have to be protected. All this is the law, but already today it is not always respected!

Employing undocumented workers allows to lower wages
To get around the labor law, bosses hire under the table, that is without declaring workers. Hiring an undocumented worker allows the boss to save a lot of money (he does not declare them, so he does not pay social security or taxes), and he can always intimidate them by threatening to fire or report them! Thus many undocumented workers are paid less and work more under worse conditions, because they cannot defend themselves.

Why does the government close the borders? Why doesn’t the French state regularise the undocumented people in France? In this way it can keep undocumented workers in a situation that forces them to work under any and all conditions without being able to defend themselves. Keeping migrants destitute allows to scare them and to turn them into docile workers, because they are always in danger.

This also allows the state and the bosses  to create competition between workers with and workers without papers, to divide them and to maintain a climate of fear (fear of foreigners who steal jobs), that  leads to worsening working conditions for all.

The new law will make things worse for everyone
The labor law protects all workers; it’s a minimum basis that applies everywhere, nationwide. If the El Khomri law passes, this will no longer be the case. At company level working conditions will worsen, working time can increase to up to 60 hours per week and 12 hours per day. Workers will be forced to accept this, because lay-offs will be possible simply upon the decision of the boss without any protection of  employees.

This rollback of rights will be most important for the most precarious  (women, undocumented workers) in particular when it comes to defending oneself against one’s boss. It is already difficult to defend one’s rights, and it will get harder still with the new law. Taking one’s boss to the industrial tribunal (the court that deals with labor disputes) is very hard now and would be even less feasible. The law affects all workers. The most precarious, who work already under very difficult conditions will be under even more pressure. The difference between declared and under-the-table workers will be increasingly slim.

A tool to defend ourselves: the strike!
The overall protections have been won through social movements.  Movements of undocumented people in France fight for papers, but also against the working conditions imposed on them. They demand equal treatment with the other workers in France.

At this moment, a struggle demanding the withdrawal of the proposed legislation is starting. Strike-days are planned, there is a base of workers, who are determined to fight, especially in the transport sector; SNCF, RATP. There are also many young people involved; in universities and secondary schools general assemblies are being held and actions planned. There will be very large demonstrations (probably of several hundred thousand people), and certainly also occupations, blockades and assemblies.

During this protest movement all people in the struggle will be able to come together and talk, and migrants can make their voices and their demands heard. Amongst those who are on strike and involved in the struggle will be those who are traditionally most supportive of equal rights for migrants and non-migrants, and of freedom of movement and residence for all, that is papers for all (or no papers at all).
So that the government and the bosses can’t divide the most precarious people even more, it’s important to struggle together for better conditions for all workers. 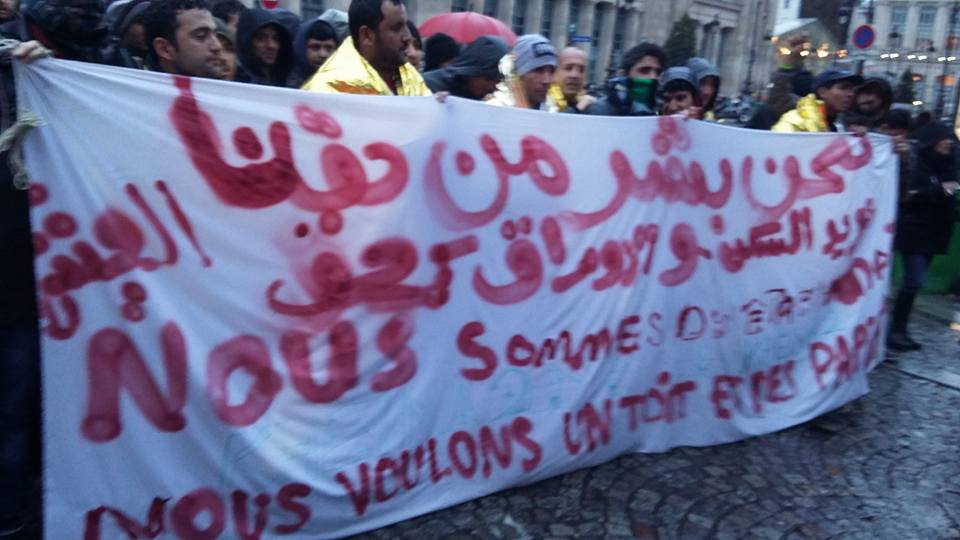 You can check a video here : https://www.youtube.com/watch?v=dAKxa9pMST0

After a few hundred people’s demonstration, the refugees tried to set a camp on the République square. They were violently evicted from it (3 people get injured and went to the hospital) by the police, who pushed them back in the subway, using tear gas.

They had no choice than to join the camp who exists since a few days near Stalingrad (closed to the rue d’Aubervilliers), under the subway, where more than 200 people are trying to survive without tents, although cold, rain, police brutality and the French State remaining deaf to their situation. 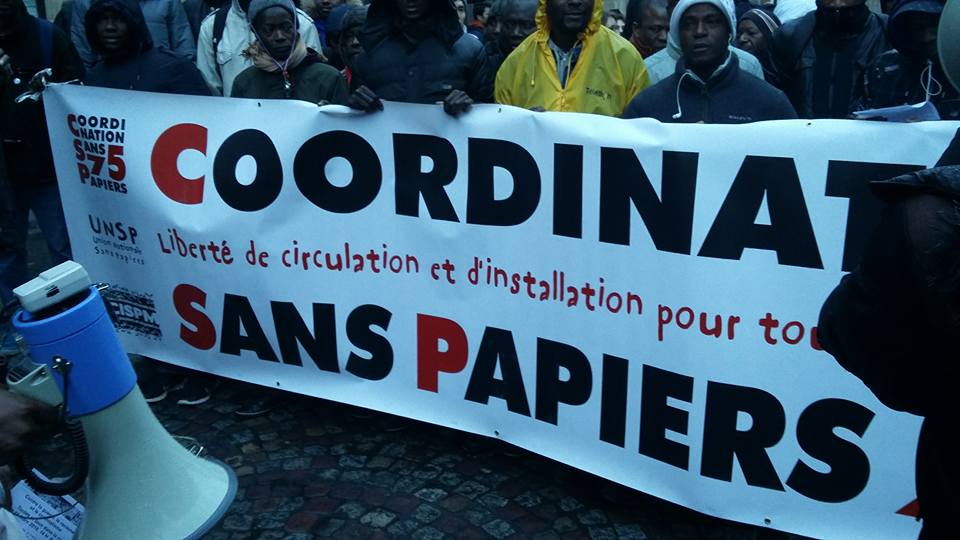 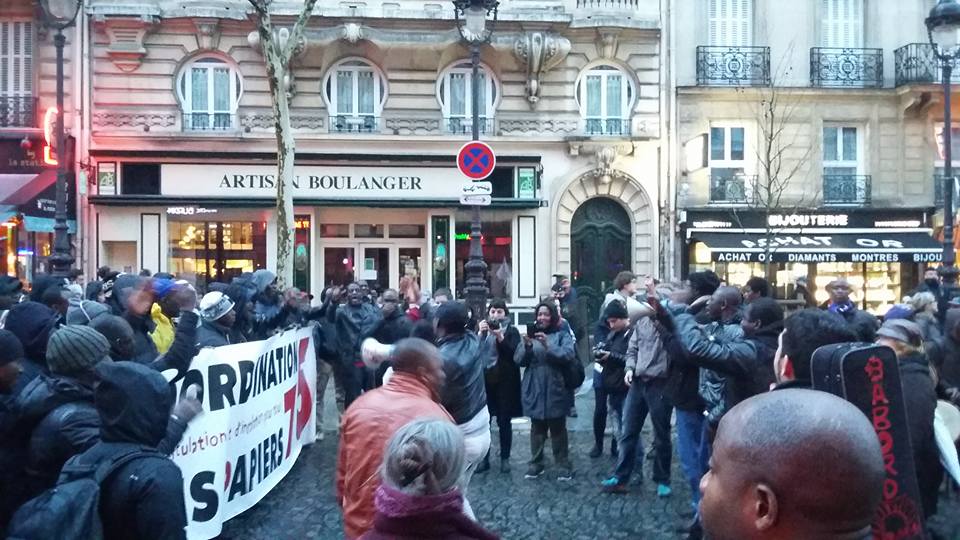